You are here:
Home Page
The Club
History

Our football club was formed in 1930 as SC Wattens, which bore the team colours of green and white. Initially, it was part of Tyrol's second regional league. Some 23 years later SV Wattens won the regional league championship title and advanced to the second level of what was then the Arlberg League.

The team played 14 years in the second highest league, which was renamed as the Regional League West in 1960. They won their next championship title in the 1967/68 seasons, and this saw them advance to what was then Austria's premiere league.

Golden Era thanks to Gernot Langes

On July 7, 1967, one year after advancing into the top regional league the club was renamed WSG Swarovski Wattens and Gernot Langes became deputy chairman.
In the season that followed the team under trainer Fritz Pfister, and with players like Jud, Perktold, Schuster, Santek, Leutgeb, Rinker, Stanger, Kiss, Niederstätter, Taschwer, Hafner and Kirchler advanced into the national league. It was nothing short of a sensation for what was, in effect, a village club to move up to the national league among Austria's best teams. At that time Wattens only had around 6,000 inhabitants. Thanks to Gernot Langes, the club now enjoyed a golden era.

WSG Swarovski Wattens was strengthened after becoming part of the national league. Hattenberger, Langruber, Wizemann, and especially national player Redl collectively guaranteed that the club enjoyed full stadiums and ultimately also retained their place in the league. “In that first year we won against all the big Vienna clubs,” Adi Jud recalled of those glory years.

The team acquired a star coach in the form of Germany’s Edi Frühwirth in its second season and with new players like Küppers (Nürnberg), Siber (Offenbach), Skocik (Rapid), Kordesch or Friedl Koncilia they wrapped up the season with an excellent seventh place in the standings.

In the final season in the national league before the fusion with FC Wacker, WSG Swarovski Wattens finished in eighth place in the league. That same year, FC Wacker Innsbruck was Austrian National Champion for the first time. 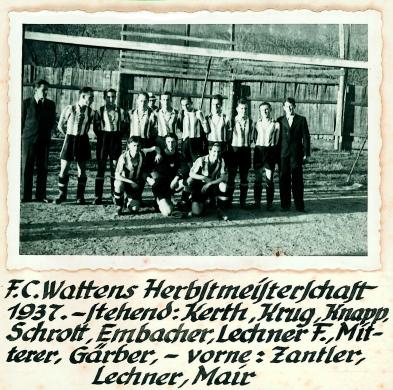 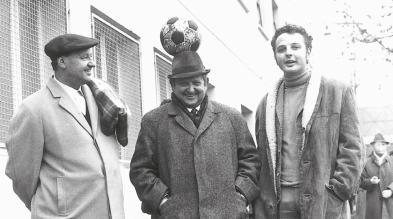 The seventies became a golden era in the history of the club, with the participation of the WSG Swarovski Wattens, and thus also with Gernot Langes.

Küppers, Kordesch, the Koncilias, Skocik, Rinker, Kastner, Gombasch and Hattenberger moved from Wattens to Innsbruck and won the championship title for SPG Swarovski Wacker Tirol. One year later the team picked up the double and then repeated it in 1975. The team also brought the Mitropa Cup (Central European Cup) home to Innsbruck in 1976. Then after winning another championship title in 1977, followed by two Cup victories, the team was relegated to the second division in 1976.

This community of players continued from 1979 to 1986. While the team in Innsbruck did not enjoy a lot of success in the premiere division, WSG Wattens advanced to the second division in 1981/82. The club remained in the second division until the introduction in 1985 of the play-off system and were Vice-Champions of the Regional League in 1986. They again just missed out on promotion in 1988, something they managed in the following year. This era featured players like, among others, Robert Wazinger and Roland Kirchler, who later went to the club formed as FC Swarovski Tirol, and who also played in the national team. This time, Wattens managed to stay in the second division until 1994. They returned to the ranks after one season in the regional league. There was another season in the regional league west after the reform of the second division in 1998, then came the almost obligatory advancement one season later. The Tyroleans then remained in the second league until 2001. 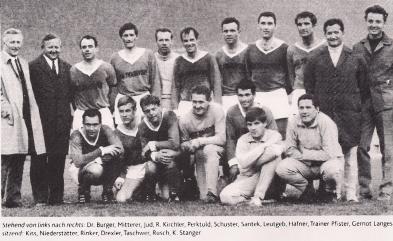 Following victory in the Arlberg League, the team of the newly founded WSG Swarovski Wattens managed to move into the highest league in 1967/68, which was then the national league.

WSG again rescues the Innsbruck side

The cards for the elite level of Tyrolean football were once again shuffled after the relegation in 2001and once again there was an agreement to cooperate with FC Tirol.

Decisive in this new cooperation one year later was the fact that changes in the joint team arrangement were again necessary after FC Tirol went bankrupt and was forced to begin again in the regional league. This cooperation was possible only because WSG Wattens was prepared to take it on. Almost the entire WSG team then transferred to Innsbruck and playing as SPG Wattens/Wacker, managed to win promotion into the second league. The team cooperation was then once again dissolved. Meanwhile, back in Wattens, Robert Auer with his remaining young players moved up into the Tyrol league. Two years later, in 2006, the WSG was back in the regional league.

WSG Wattens has always been among the leading teams since re-joining the regional league. The teams were top favourites under trainer Roland Kirchler in the 2010/11 seasons and especially in 2011/12. The undefeated champions (23 wins and seven draws) went into the promotion playoff. However, SV Horn, under trainer Michael Streiter was an overpowering opponent. They had missed promotion one season before in a much tighter situation. BW Linz only advanced after a penalty shootout. Then in 2012/13, WSG Wattens finished third in the league behind FC Liefering and Austrian Salzburg. 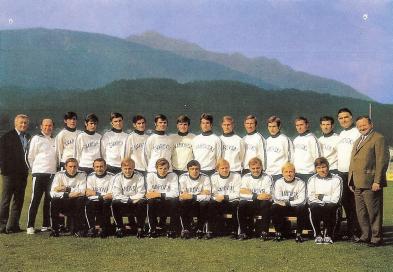 When WSG President Gernot Langes celebrated his 70th birthday, there was not only a big party; he also handed over the role to his daughter, Diana Langes. She has been very engaged with the team, and WSG Wattens has since declared their intention to seek promotion into the higher league. She pursues this goal together with sporting director Stefan Köck, who took up the role after the sudden death of Robert Auer. Meanwhile, Thomas Silberberger has been very successful as chief trainer of WSG Wattens since 2013. The coming months will show how the story continues. 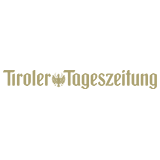 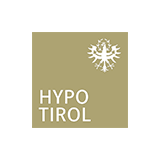 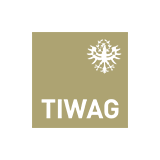 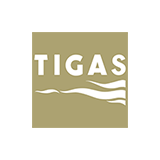